How The “Activist” Brand Brings Pitfalls and Opportunities

Let’s face it, everyone wants to be an activist. We live in an era, where social purpose is not only a preference of the modern consumer but an ultimatum. By large margins, study after study indicates that Millennial and Gen Z consumers seek to engage with brands and organisations which are sustainable, ethical, take progressive political stances and contribute to social causes. With this context, being the activist not only brings the rebellious cool many brands aspire towards but also lucrative commercial opportunities.

But what exactly is an activist, and can a brand adhere to this definition? If we dissect the etymology of the word, we find the Latin “actus” or a “doing, driving force or an impulse”. Simply put, someone who acts on their beliefs to bring about social or political change. Such language brings up figures such as Malcolm X, Muhammad Ali, Stormzy, Frida Kahlo, and movements such as the Occupy Movement, Black Lives Matter and Extinction Rebellion. These people and groups have shaken the foundations of our society to the core. But a shift towards brand activism means that increasingly, the Nikes, Ben and Jerrys, Bumbles and Fenty Beauty’s are often just as outspoken on the critical social issues of our time.

Of course, brands suddenly finding their voice on issues such as structural racism, toxic masculinity, Eurocentric depictions of beauty and prison reform just as consumer preferences push for more purpose-led content feels awfully convenient. How can we, consumers, determine the performative from the genuine or the one-off activations from the long-term commitments?

“With a still raging global pandemic, environmental crises, racial injustice, and a spectrum of social challenges, there can be no opt-outs… Brands have the power, the influence, and the opportunity to successfully engage in activism” 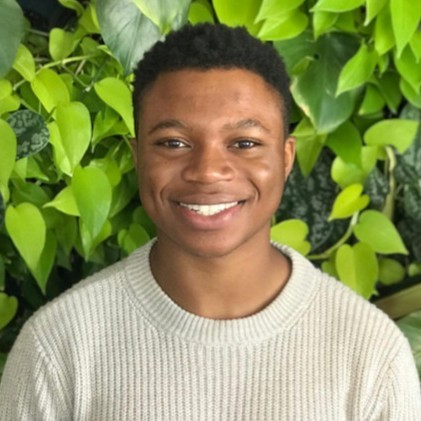 The difficulty is people don’t trust almost anything or anyone anymore. With 71% of consumers tired of empty promises by brands, it has been stated that we are entering at full-throttle an 'age of cynicism' where trust is a scarce commodity. And why should we trust?

Many brands see the activist or even revolutionary aesthetic and language as a commercial opportunity, especially one where they can drape Black and Brown people on their comms to appear more inclusive than they actually are. During Black Lives Matter protests in 2020, many fashion, beauty and digital brands posted black squares, shared infographics, fired off statements and pledged financial support for anti-racist causes. However, this online energy translated to little change in the diversity of models posted on their Instagram feeds.

Nike’s campaigns mark them as the quintessential “activist brand” doing the work and doing it right. Hard-hitting and provocative ads such as “Dream Crazy” featuring Colin Kaepernick, the NFL star turned social activist, or “The Toughest Athletes”, celebrating mothers participating in sport, and BLM response ad “Just Don’t Do It”, which draws attention to inclusion, disability, racial justice, and solidarity with radicals and reformers.

Nike is, however, the same brand that sued the young, gay, black superstar Lil Nas X for his controversial “Satan shoe” campaign to promote the song Montero (Call Me by Your Name). By not only issuing a statement but also paying no consideration for the irony involved in deploying an army of grey suits to tear down this white suburban America repellent campaign. The shift from ally to faceless corporate machine highlights why performativity is a concern of youth and minority audiences who are often used for “clout” and dumped when the bottom line is at stake.

Also in the spotlight, are brands accused of “greenwashing”, a term that refers to conveying a false impression or providing misleading information about a brand’s ecological footprint. In response, to the climate-conscious generation, many brands have sought to shore up their appeal via ads or claims about carbon footprints, sustainable business practices and apparent concern for the Earth. This follows British advertising authorities stating that almost 40% of green claims made online could be misleading, including specific callouts of Ryanair, BMW, and Shell.

With such a thorny issue, it may be tempting for many brands to avoid the issue entirely by sticking to less contentious campaigns and initiatives. After all, if attempts at activism are seen as inauthentic, divisive or distracting from commercial success, what’s the point? Indeed, we’ve seen Brian Armstrong, the CEO of Silicon Valley-based cryptocurrency exchange Coinbase, inform his employees that he won’t stand for the championing of social issues at the office.

However, with a still raging global pandemic, environmental crises, racial injustice, and a spectrum of social challenges, there can be no opt-outs. Brands with annual financial turnovers, that match entire nation-states’ GDPs, and mighty marketing budgets are a vital component in reshaping our societies. Brands have the power, the influence, and the opportunity to successfully engage in activism. Here are 3 ways:

1.Pioneering new forms of change influences brands to do more to meet milestones.

Channel 4’s Black to Front initiative, dedicated an entire day to its Black British audience? This involved a day of back-to-back “Black” and minority-focused programming including shows, breakfast and daytime television, night-time talk shows and even choices of advertising. Newly commissioned shows such as Big Age and High Life brought out Black British talent on and off-screen. Channel 4 can rest assured that have broken new ground with their idea, and other brands/organisations can only meet or exceed it.

2.More action and less talking! Fix problems within your power.

HSBC’s hard-hitting campaign in partnership with Shelter took aim at the “Vicious Cycle” of homelessness, poverty, and financial unfairness with a “no fixed address” bank account. This provided an option to communities locked out of conventional banking to open an account and begin the process of obtaining a job, a house and changing their economic situation.

3.There’s no space for flukes. If you believe in it, stick with it.

Bumble UK’s #MyLoveIsBlackLove campaign began in 2020 with the vision to transform popular perceptions of Black Love. In partnership with Black-owned creative agency Metallic, they interviewed Black-British artists, athletes, entrepreneurs, and activists to highlight the community in a real, unscripted and authentic way. Their new 2021 campaign celebrates Black-owned businesses by emphasising their handiness as date-spots! It’s refreshing that Bumble’s campaign wasn’t a one-off but rather part of a consistent service to the community that will create lasting cultural change.

The revolution must not be commercialised. The “activist” brand cannot be a ploy for youth and minority audiences, but rather a genuine attempt at reshaping society. Why? Well, just like “that” infamous Pepsi ad, people will see through the inauthenticity. But this is a chance for something greater. A chance to uproot social injustices, for a generation of workers and consumers eager to change their society. To paraphrase Georges Clemenceau, Activism is far too important to be left to just activists.